Alert 360, the fifth largest provider of security systems and smart home services to residential customers in the United States, has announced Travis Miller as vice president of dealer development for its leading Authorized Alarm Dealer Program.

In this newly created role, Miller will be responsible for increasing Alert 360’s existing dealer production and the number of new authorized dealers. In addition, he will help grow Alert 360’s acquisition and alarm funding channels.

In his most recent role as vice president of sales & dealer development at Brinks Home Security, Miller oversaw the sales growth and development of the company’s dealer program. Prior to Brinks, he owned Stone Security, which was one of the largest dealerships in Utah. During his tenure at Stone Security, he also helped build enGarde, a proprietary CRM that is widely used by security dealers nationwide. In 2011, Miller was recognized by Security Systems News as one of the “Top 20 under 40” executives to watch in the industry.

“We place extreme value on our dealer relationships at Alert 360,” said Keith Patterson, Chief Operating Officer at Alert 360. “Expanding our talented and dedicated dealer team to include Travis in an executive role supports our efforts to provide the industry’s most beneficial dealer program, demonstrates our appreciation for our valued dealer partners, and signifies our push for growth.

“With more than 15 years building winning teams and successfully performing at the highest levels within respected dealer programs, we’re tremendously excited for the perspective Travis will contribute.”

“In addition, with the recent announcement of Alert 360 as our updated company name, aligning our visual identity with our expanded product line, our more than 200 Authorized Dealers are now able to provide the latest total connected home services and provide input on future technology,” Patterson said. “It’s an extremely exciting time to be a part of our growing team, and we’re thrilled to welcome Travis on board.”

In September, the company announced the debut of Alert 360 as its new company name and logo. The more innovative Alert 360 brand, which the company introduced three years ago as a next-generation product and service, reflects the company’s evolving smart home product line and transformation beyond offering basic security systems. That same month, Alert 360 also obtained the prestigious “TMA Five Diamond Monitoring Center” designation from The Monitoring Association.

Founded in 1973 in Tulsa, Okla., and evolving from Guardian Security Systems and Central Security Group, Alert 360 is one of the nation’s oldest-licensed alarm monitoring providers. As the fifth largest provider of monitored security and smart home security and automation solutions to homes in the United States, Alert 360 offers solutions that keep families connected, protect the things you care about most, and provide convenience, comfort, and peace of mind – all backed by its own U.S.-based, Five Diamond-designated monitoring center, best-in-class technology, dependable service, and an A+ Better Business Bureau rating. The company also has been named a 2016 Inc. 5000 “Fastest-Growing Privately Held Company in America” and a “Best Places to Work in Oklahoma” in 2016, 2017 and 2018.

Top ten ways homeowners use security cameras!
What are the popular Smart Home Products
Questions to ask when buying a home security system with cameras and automation!
Cheapsecurity cameras may not be worth it
!
Alert 360 5 Diamond Designation – know the difference!

The Alert 360 blog is recognized as a top 10 home security Blog post in the nation! 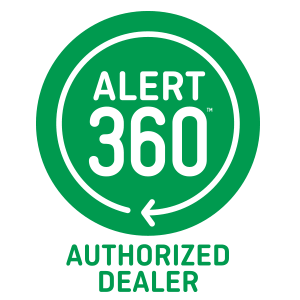